A story of
Growth and
Evolution

Grenada Co-operative Bank Limited, fondly referred to as “Co-op Bank,” has a rich history in Grenada. Since its inception, Co-op Bank has grown and developed with the Grenadian people, leading the way on many remarkable accomplishments for the country. The history of Co-op Bank is the history of Grenada. 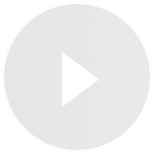 A story of
Growth and
Evolution

Grenada Co-operative Bank Limited, fondly referred to as “Co-op Bank,” has a rich history in Grenada. Since its inception, Co-op Bank has grown and developed with the Grenadian people, leading the way on many remarkable accomplishments for the country. The history of Co-op Bank is the history of Grenada.

July 26, 1932: On the centenary of Emancipation, Grenada Co-operative Bank Limited was established by a group of local businessmen to create a banking institution for local working class families who could not have afforded to open accounts at other banks. The other local banks were foreign owned and in order to establish an account, one had to have a pound (£1) as a minimum deposit—a criterion, which was associated with the wealthy. Since this was well out of reach for the lower working class families, they were forced to save their monies at home under their mattresses.

As a result, a few good men, namely Arnold Williamson, P.G. Hosten, R.O. Williams, W.E. Julien, T.E. Noble Smith, Sam Brathwaite, T.A. Marryshow and C.F.P. Renwick seized the perfect opportunity to lay the foundation for the development of what would be known as the Penny Bank. They became the first Directors of the Bank and came up with the well-established motto “Thrift and Industry,” its symbol or logo being a beehive.

Co-op Bank's starting balance for accounts was a mere penny which differentiated it from the other banks and gave it the long standing name “The Penny Bank.” The idea was simply to teach children to save at an early age by giving them a penny to start an account so they can watch it grow.

1941: The Bank changed its principal place of business to No. 8 Church Street, St. George’s.

1944: The Bank recorded that at least 10,000 depositors had established accounts.

1974: The status of the bank changed to commercial bank when it began collecting Demand Deposits.

1979: On March 12, 1979, the Sauteurs Retail Banking Unit was opened — one day before the overthrow of Sir Eric Matthew Gairy. The branch acted quickly to fill the void for much needed banking services in St. Patrick, after the closing of two commercial banks (Barclays and Canadian Imperial Bank of Commerce) at that time, and for years was the only bank serving the people of St. Patrick. Co-op Bank Sauteurs has stood the test of time and today stands as a pillar of longevity and service to the people of the area. It is the only RBU that has not been relocated from its original location. It has since upgraded its facilities, and expanded and improved its customer services to meet the evolving needs of customers.

1997: The Grenville RBU was relocated to its present location at the corner of Victoria and George Patterson Streets.

2000: The Spiceland Mall Retail Banking Unit was opened on August 21, 2000. Its strategic location at a mall in the bustling south of the island allowed for easy and convenient access and parking.

2001: Co-op Bank continued to embed itself as a pillar in the community. It commenced sponsorship of the Julien Fédon Memorial Award, in collaboration with the University of the West Indies and the Institute for People’s Enlightenment. This award encouraged ongoing quality research on the history of Grenada in the Eastern Caribbean. The first Grenadian to be awarded the Julien Fédon Memorial Prize was Dr. Nicole Lauren Phillip.

2004: In September 2004, Hurricane Ivan devastated the entire island of Grenada. In the aftermath of the hurricane, the Bank changed its operating hours to what it is today, provided relief to all its employees and hired a psychologist to assist staff with the psychological effects of recovery.

CONNEX was launched as a joint enterprise with the Public Service Co-operative Credit Union (now ARIZA Credit Union). CONNEX allowed the bank and the credit union to operate a shared ATM network. In October, 2006, Co-op Bank also officially launched its website at the Coyaba Beach Resort. The General Manager, Mr. Gordon V. Steele commented that “We at Co-op Bank recognise that our customers value convenience and in response this website will provide much greater accessibility”. For the first time, in 2006 the bank extended sponsorship to the Grenada Union of Teachers for the National Primary School Sports. This sporting event is the biggest event for students at the primary school level.

This year marked the 75th anniversary of the Bank’s establishment.
Also, on July 19, 2007, the Carriacou Retail Banking Unit (RBU) was opened, bringing banking with a difference to the sister isle. The Carriacou RBU is located on the corner of Main and Patterson Streets, Hillsborough, Carriacou.

March 15, 2008 marked the launch of Co-op Bank’s Customer Service Charter. The presentation of the charter involved an all-day event and a follow-up of workshops for all members of staff. While always seeking to meet customers' needs, Co-op Bank launched the Super Starter Education Investment Plan, its most innovative educational funding product to date. The Bank recognized the needs of Grenadians and gave its customers the option to put structures in place to fund the increasingly high cost of education. In February 2008, within seven months of establishing a branch in Carriacou, Co-op Bank declared open its first sponsored bus shelter in Lauriston, Carriacou.

On June 10, 2009, Co-op Bank launched its Super Starter Higher Education Loan Plan (HELP) in collaboration with the Caribbean Development Bank (CDB). The objective was to provide students who may lack the necessary financial support and resources with access to reliable financing solutions for tertiary education. At the time of its inception, HELP featured full coverage of the cost of tuition and fees, accommodation and books, convenient and flexible repayment terms, return airline ticket and the opportunity to win a lottery prize of an additional airline ticket annually. 2009 also marked the establishment of Co-op Bank's Healthier Lifestyles Programme, in an effort to encourage the population to live vibrant and physically active lives. The first event of the programme was a Family Fun Walk dubbed "Pump it Up" - a 3½ mile walk, from the National Stadium to Camerhogne Park.

2010: With the expansion of its customer base, the St. George’s Retail Banking Unit was moved to a new state of the art customer service centre at No. 14 Church Street on July 15, 2010. The Bank's Head Office remained at its location at No. 8 Church Street. The bank also continued to focus on community and regional development by donating $58,200.00 to Haiti Relief, following the earthquake in early 2010.

2012: On January 21, 2012, Co-op Bank officially announced its sponsorship of Kirani Zeno James. This marked the first occasion that the Bank embarked upon such a venture of sponsoring an athlete. In 2012, Kirani was the first Caribbean runner in 36 years to win the 400 metres race at the Olympic Games.

2017: Co-op Bank celebrated its 85th anniversary. The Bank recognized that it served the Grenadian people steadfastly through colonialism, World War II, Independence, political turmoil, foreign invasions, natural disasters and massive shifts in global financial markets. The Bank has remained one step ahead of the changing Grenadian economy from sugar and spice colonial plantation industry to a modern thriving economy with a growing tourism, educational and services sector.

2018: On March 22, 2018, Co-op Bank continued to improve on and expand its services to customers by relocating its Spiceland Mall Retail Banking Unit to a larger, more comfortable "Excellence Centre”. The new facility was established to respond to the urgent need to provide customers with enhanced customer experiences and modern conveniences.

Presently, the Bank remains committed to quality service. The friendly and personable staff make customers feel welcome and comfortable, which is embodied in the mission: “With Grenadian pride, we improve the lives of our customers through the provision of high quality financial services while ensuring a fair return to our shareholders and contributing to the well-being of the citizens where we operate..”
Grenada Co-operative Bank Limited... welcome home.